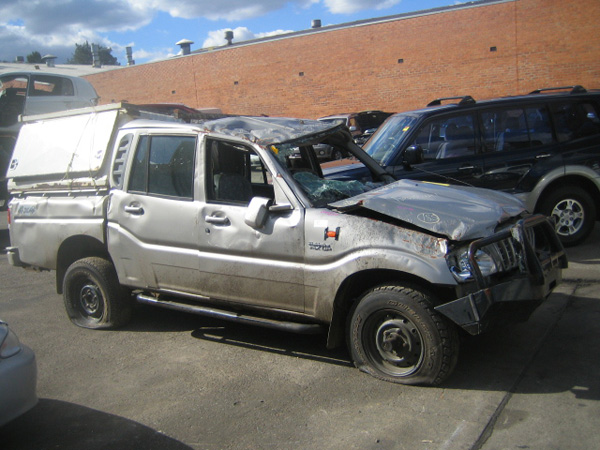 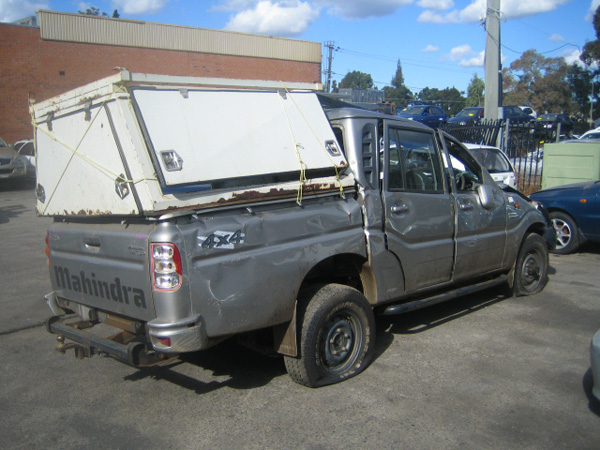 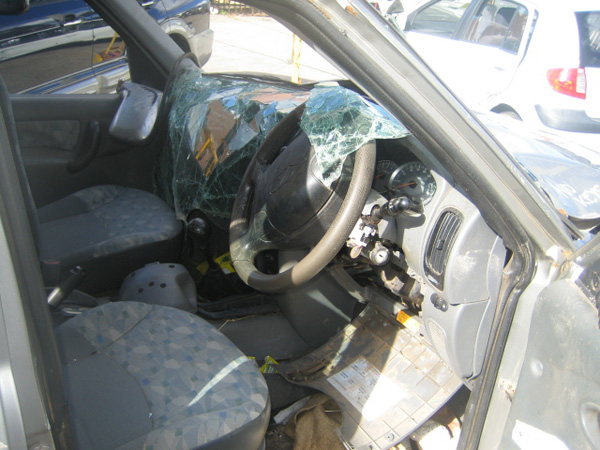 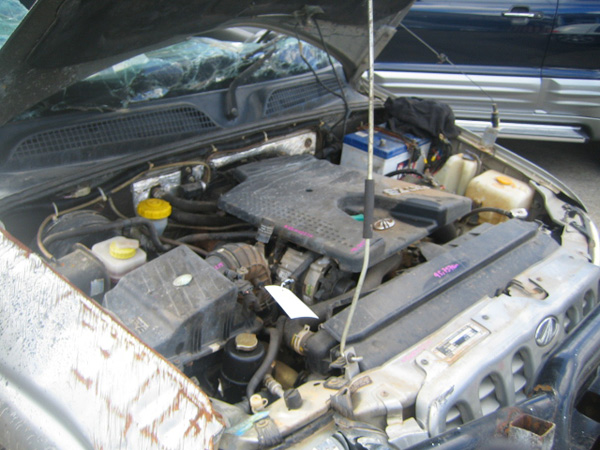 This gold Mahindra Pik-Up salvage car has recently come into our yard having suffered damage all over the exterior of the vehicle. It is now ready for wrecking with the remaining panels as well as the interior ready to be dismantled for Mahindra spare car parts. Some of the Pik-Up second hand parts listed below are also available as well as the engine and suspension used car parts which are ready to be dismantled.

As Auto Parts wrecking specialists we have obtained the experience throughout the years to supply high quality Mahindra spare car parts for our customers. We always have a regular intake of Pik-Up salvage vehicles being brought to us so if there is a used car part you require that has not been listed, please do not hesitate to call.