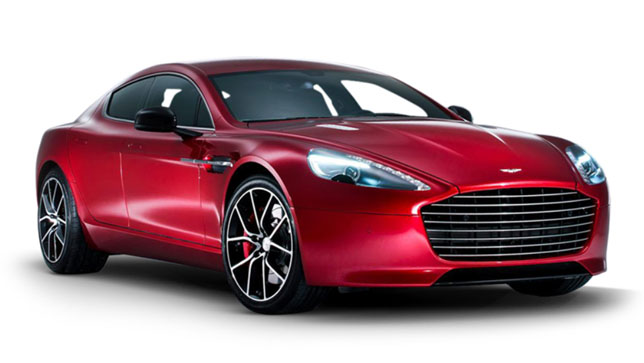 Improvements to this model include a new eight-speed transmission, a decrease in fuel consumption and more top end speed.

To the eye, it may be difficult to notice any upgrades on the Aston Martin four door sedan. Mind you it didn’t appear to need it. Aston, however is keenly aware of the ever creeping competition, and resting on its laurels is not advisable. With a price of nearly AU$400k, an increase of $17,000 on the previous model, you can expect significant improvements.

Changes include improved performance both in a straight line and going around corners. At the same time in retains that Aston Martin chic and sense of style, which the two door models are known for. One of the core upgrades can be noted in the new ZF eight speed automatic transmission, not dissimilar to that employed by the newest Range Rover, though configured, for the first time in a rear-mounted transaxle.

The Rapide S is not capable hitting triple figure speeds in a fraction over 4 seconds, around half a second quicker than its predecessor. Top speed now comes in over the 300 km mark which is not to be sneezed at. And yet it consumes less fuel by over 1 litre per 100 kms it is claimed. These numbers are nothing new, however the gap between the Rapide S and competitors is undoubtedly getting smaller. The broader set of gear ratios increases smoothness, making it difficult at times to discern gear changes. On default “comfort” settings the suspension gives a real racing driver feel.

In combination the upgrades while seemingly minor, combine to sharply improve overall performance. Hit the sport mode to hear the engine bark and feel the engine jump to your command with a swifter throttle response time as the bi-modal exhausts let rip. The column mounted paddle shifters, leather padded if you don’t mind, guide the Rapide S, well, radidly, towards its destination at the V12 starts to exert its authority. The guttural sound will not disappoint.

Cornering has never felt better with the hydraulic power steering providing a natural feel that simply adds to the overall experience. It goes without saying the cabin oozes quality and offers the impression that no expense has been spared. At this price the opulence you expect is most definitely delivered