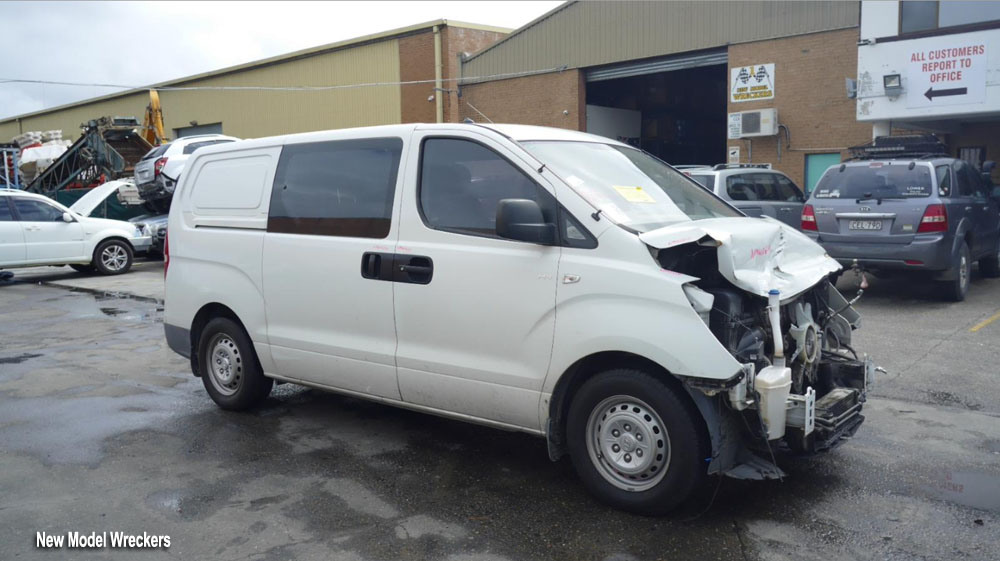 Hyundai is a relatively new player in the delivery van market, first making an appearance in Australia in 2008. Since then it has steadily taken market share away from rival manufacturers and currently owns close to 30% of the mid-sized van market. That puts it in second place behind the Toyota HiAce, whose supremacy is increasingly under assault from the plucky iLoad.

The 2016 incarnation has a few new features including a slightly modified front end together with some additional safety equipment. Specifically in regards to safety, the most significant aspect is the addition of side airbags. Previous models had relied only on dual front airbags. On top of that, a rear-view camera has been added as standard to models with the liftback tailgate.

Camera footage is displayed through a seven inch monitor that also doubles as the interface for a reasonably advanced media system that includes voice activation options for Android and Apple software. Given that the console in previous models was dominated by a CD and radio player, this represents a comprehensive upgrade, although the media package does not match the level offered by Hyundai in its passenger vehicle range.

In terms of pricing there are three options: (i) diesel auto, $41,000 plus on-road costs; (ii) diesel manual, $38,000; and (iii) $32,000 for a petrol manual model. The diesel auto includes some features that make for a comfortable driving experience such as cruise control, which has been added to previous incarnations. The upgrade did not include any changes to the engine which remains a 2.5 litre, four-cylinder turbo capable of generating 125kW at 3,600 RPM.

Of note is that this relates to the model which has the five speed automatic transmission and compares to around 100kW at 3,800 RPM in the manual versions – a significant difference. There is also a difference in torque between the auto and manual versions with the former generating 441Nm while the latter produces 343 Nm. This is probably why the auto version is the much higher seller of the three model choices.

Overall the iLoad has plenty of pulling power. One test loaded the van with 350 kgs of weight and it was handled with ease. So how about the fuel consumption? As might be expected with the extra grunt, the iLoad is listed on the higher end of the scale at 8.8 litres per 100 km, compared to competitors in the class. In tests it performed worse than this, closer to 9.5 litres per 100 km.