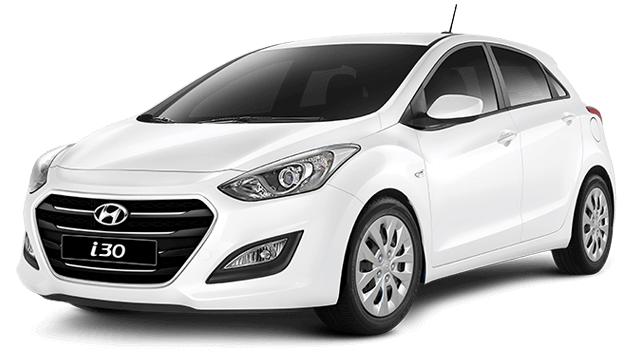 When the Hyundai i30 was introduced in 2007, it signalled Hyundai’s intentions to hit the big time.  Targeting the European market, the model combines European chic with competitive pricing. The prototypes were tested in Australia with tweaks made to both steering and suspension to suit local conditions. This has resulted in a strong cornering ability, and it feels like the i30 hugs the road, however the suspension is rather firm. Those who prefer comfort to cornering expertise may want to take note of this.

Initially the i30 imports consisted only of five-door hatchbacks, though a station wagon, the i30cw, was added to the fleet in 2009. The wagon includes a longer wheelbase in addition to being significantly longer overall, measuring an extra 23 centimetres in all. A benefit of this was extra legroom in the back, making it suitable for most adults to sit comfortably. In 2012, the i30cw was continued however, which was a shame, as in many regards it made more sense than the SUV

In Australia the majority of i30s have 2.0 litre four-cylinder petrol engine although Hyundai was an early adaptor to diesel engines. Since 2012 the i30s have had a 1.8 litre petrol engine with a more modern design that combines greater fuel efficiency while delivering performance at a similar level.

Since 2012 the Hyundai i30 has used six forward ratio options in both the manual and automatic transmissions. In recent years Hyundai its market share in Australia significantly however this does not appear to have impacted in overall quality, which will please buyers. In general the majority of sales are in metro areas although some growth in regional areas has been noted as a posit6ive for the company.

Hyundai was among the first manufacturers to offer an unlimited kilometre five-year warranty although in commercial uses a limit is applied (130,000 kms). Insurance premiums are not excessive. The cost of spare parts are in line with averages of similar makes and models and complaints do not appear to have been prominent. In addition the model is reasonably straight forward for a home mechanic, although it is recommended that safety areas are worked on by qualified technicians only.

The quality of Korean manufacturers has seen great improvements over the years. As always it is recommended to do a complete check for peace of mind before making a purchase. In some cases it has been identified that some ignitions seem fragile and break at the shank. Give it a hard twist to test. For the diesel engines, regular servicing is important, so make sure the book is up to date. It is also a good idea to ensure an easy starting engine if considering buying an i30 second-hand.