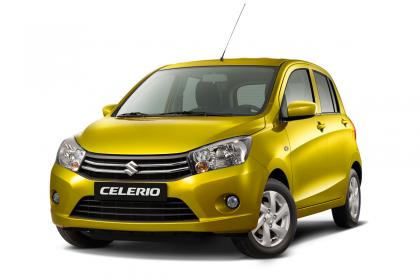 Most of you may recall a certain Suzuki Alto that used to be a popular little choice when it came to the hatchback market. Some of you may also be wondering where the Alto is these days? It no longer exists, not in the future anyway as it has been renamed as the Suzuki Celerio.

Why the change? It seems that Suzuki is of the notion that the big improvements that have been made to their product are deserving of it having a brand new name. This flies in the face of conventional thinking in the Western world but the Japanese do have their own ways of doing things.

It would be fair to say that the many Australian importers will not be too happy about this but they will no doubt keep their mouths closed on the matter. This is because it is far harder to market something new than it is for something that already has some kind of following.

Do the Improvements Justify the Name Change?

Actually, yes they do! The Suzuki Celerio is a far bigger car than its previous identity was and is also smoother to drive and a lot quieter too. It actually looks and feels like something that should be in the class above what it used to be. It suits being around the type of hatchbacks selling at around $16,000 rather than the $13,000 band it currently sits in.

One of the bonuses about the Celerio is that it has been designed with a function over style attitude in much the same way as the BMW i3. This is great as these days most do the opposite and try to build them as sleek as possible so that they are pleasing on the eye rather than spacious.
They have made it bigger before smoothing out all of the corners to at least make it aesthetically pleasing to the eye.

The Suzuki Celerio is never going to be considered a sporty hatch with the 1.0-litre engine it has pushing it along but it has never pretended to be one either. It is more than capable however even though it does seem to struggle with heavy loads or going uphill due to only having a 5-speed gearbox. A 6-speed would have helped out tremendously here but you also have to consider that the Celerio really is dirt-cheap in its category.
Drive comfort is actually of a pretty good standard and the handling is pretty decent as well . A tight turning circle is a definite plus and while it is a big hatch it certainly does not feel like one when driving.

For the price the Suzuki Celerio is certainly very impressive indeed. You really do get bang for your buck here as the build quality is at a very high standard. It is definitely a top contender when looking for a low-cost option or even as a way of saving a few thousand when thinking about going for cars a level up.