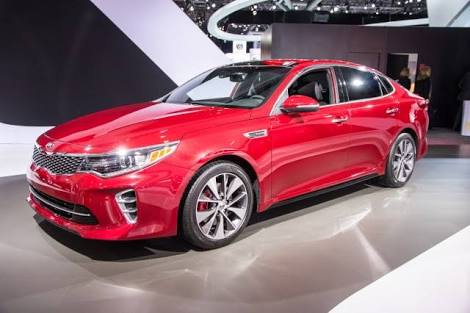 Since the success of the both the Carnival and Sorento last year, Kia have been lauded for basically turning a corner and moving themselves up in the car manufacturing hierarchy. However, while those two models seemed to move Kia away from the low cost cheap and cheerful tag that they have always had, they seem to have got a little carried away with themselves with their new Kia Optima GT.

They have given it a GT badge and fitted a 2.0-litre turbo charged engine which is all well and good but they are asking people to pay well over the odds for it. At almost $5k to get it on the road, is it really worth that money in a mid-sized family sedan category that already has some great models that are flying off the shelves?

It goes up against the likes of the Toyota Camry, Volkswagen Passat and the much more favorably priced Hyundai Sonata.  In order to justify its price tag – it has got a lot going against it.

It also has to overshadow what was an impressive predecessor in the third generation Optima. That model made a big impression in much the same way that the Carnival and Sorrento did. The main reason for this was that it was excellent value, fantastic to drive and not short of power.

The fourth generation Kia definitely looks the part, so it is a good start. It has strayed away from Asian styling and now looks like a car that would not look out of place in Europe. Inside also looks great and you can tell that the production levels are of an excellent standard. Everything from the leather seats, switches and plastics has been done to a very high quality. It also has plenty of room inside the car and in the boot.

Not a bad start then? Enough for that price yet though?

The 2,0 litre 4-cylinder turbo engine is the big selling point for the Optima GT as you would expect. Yes it throws out 350Nm has some good paddle shifters that allow for manual control of the six speed automatic gearbox and is definitely quick off the line and great at overtaking but it just does not seem to be as sporty as you would expect from a GT.

It lacks grip around corners and while it is a smooth ride it is difficult to justify the price tag compared to its competition. It is a lot dearer than most in its class but in our opinion just does not offer enough to make it worth that investment when there are some good all round movers available for less.

The Optima GT is definitely a good car but its steep asking price just cannot be justified on this occasion. The Toyota Camry, Volkswagen Passat and the Hyundai Sonata have a lot more bang for buck and are better choices over this one.