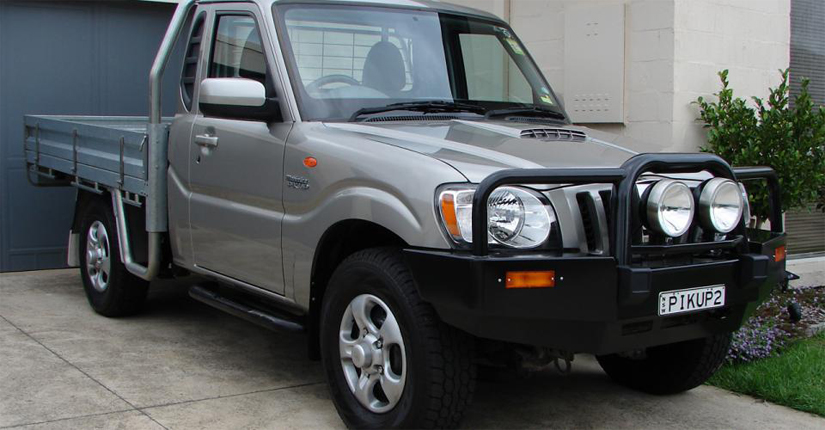 The Mahindra Pik-Up has long been a popular alternative to the many other utes that are available in Australia and it is easy to see why. Not only is it affordable but there are a variety of different styles available that make it a very convenient brand to consider when you are looking for something perfect for your needs.

There are single cab chassis, dual cab chassis and of course the ever popular dual cab ute that are all powered by the very same power unit across each of them. That power unit is a 2.2 litre turbo diesel that gives you ample performance to go with the practicality of the Mahindra.

The Indian manufacturer has more than 60 years behind it, regularly churning out a long list of farm machinery, utes and other commercially sound vehicles to a large number of countries around the globe.

So How Does it Fair?

The Mahindra Pik-Up has been designed for and aimed at the tradesmen of the world and it really doesn’t disappoint. It is big, offers plenty of cargo storage, and can carry a total weight of 1060kg meaning that it is able to offer you plenty of scope with regards to what you need it for.

If there was a slight concern, it would be that although there is plenty of space for everything else, the cabin is a little bit cramped.

As for the features, it seems that you get what you pay for in the Mahindra. It is fairly standard but at the price you cannot really expect anymore. It does come with a CD player, air conditioning, power windows and mirrors and an immobiliser, so it is not completely thread bear of features.

The affordability of the Pik-Up is also noticeable in the interior and how the components have been put together. It all feels a little dated but as you are aware, the Pik-Up is there to serve a purpose and not really about luxury.

Performance wise it does quite well though, managing to pull a full low load fairly well and more than able to keep up on the roads when unladen. When travelling uphill however, it does tend to struggle with a load.

Whilst the Pik-Up sacrifices some of the luxuries for the price it is offered at, it doesn’t do the same with its safety features. It has a crash protection crumble zone at the front, intrusion beams on the side, airbags, load limiters and the interior is constructed of fire retardant fabric.

Now let’s be honest, the Mahindra Pik-Up does not promise to be anything other than a cheap and effective alternative to the many other utes on the road today. With its price being between $8,500 – $15,000 cheaper than anything else in its class, it is never going to be able to compete with its competitors on features, quality and looks and it never claims to. It is a cheap and viable option that will get the job done with no thrills attached. If it is bang for your buck that you are after, then you like many before will not get anymore than with the Mahindra Pik-Up.