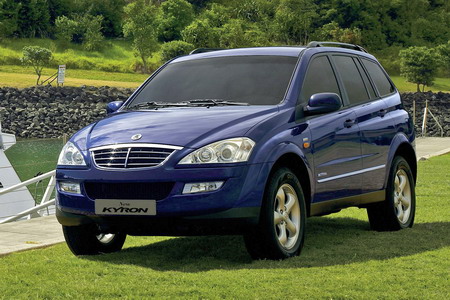 SsangYong have come a long way since they started producing their distinctive automobiles and with the creation of another series of SsangYong Kyron they have shown the world how far they can go compared with other Korean and China automakers. Now with additional features and cutting-edge Kyron parts all rolled into one, the latest Kyron model will take you anywhere you want to go.

In times when you require Kyron parts for sale,  you can buy second hand Kyron parts at New Model Wreckers in Sydney. We have been a leading car wrecker since the early 1990’s and we will never fail to transport your order. We are an expert Kyron wrecker with a huge stock of second hand Kyron spare parts in store. Simply give us a call or fill out the form below and we will get back to you in a jiffy.