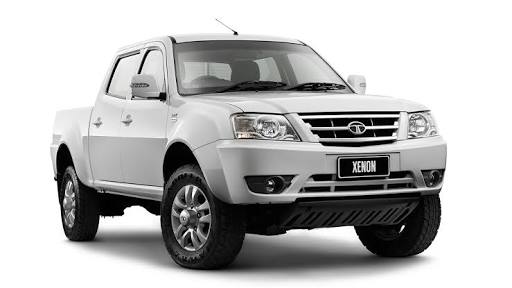 We are very fortunate in Australia when it comes to the selection of cars that we can choose from. We get all of the major brands from Europe, Asia and America while we also normally get our hands on the Chinese manufacturers cars before those in the Western world do too. Well now we even have an Indian manufacturer on our door step!

The Indian brand Tata has made its move to try and be a part of our competitive automotive market here in Australia by first tempting our eyes with the Tata Xenon.

They are not shy in going forward either as the Xenon is a diesel-powered ute. This means that it is competing with some very big names in one of our biggest segments. In fact, this segment accounts for around 1 in every 6 new car sales in the country.

The funny thing about Tata is that they do not just make automobiles – they make practically everything. If you were to go to India you would find Tata hotels, Tata bottled water, and even Tata teabags.

The range starts at about $22,950 but what exactly are you going to get for that money?

The engine is a 2.2-litre four-cylinder turbo diesel that certainly offers up the required grunt. It has 110kW of power and 320Nm of torque with the latter really providing some excellent pulling power at low revs. You only have the option of a 5-speed manual gearbox unfortunately which is a bit of a disappointment.

The Xenon does have some handy features such as satellite navigation, aircon, power windows, parking sensors, a reversing camera, a voice controlled touch screen. However, it loses out by having no cruise control and does not offer an automatic transmission version.

It has to be said that the Xenon is pretty light on safety features. It only has the two front airbags and none for the sides or rear. The middle rear seat also only has a lap-only seatbelt as well. Thankfully it does at least have stability control although that was not a part of the package when the model was initially released.

Unfortunately, the Xenon does not score too well in this regard. It has a huge turning circle, the steering feels very vague and you will often hear your tyres squeaking if you try to turn just a modest corner. To be honest though, no utes out there right now can be considered as comfortable to drive and at least the Xenon is rugged and tough. Even though it bumps around a lot you can just feel its strength from inside.

The Tata Xenon faces some very stiff competition in this market especially when you consider the brand really has no history here. It has a good engine and is made to be very tough but at that price and the more recognizable competitors around it, the Xenon really does face a bit of an uphill battle.