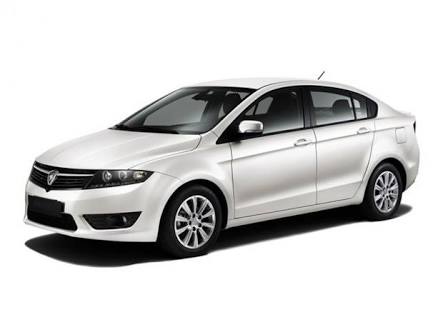 Proton has always been on the peripheral in the car manufacturing industry since they broke into around 20 years ago. The Malaysian automaker probably will be for many more years to come but they seem happy enough about where they are. The one thing that you can say about them is that they have certainly stuck at it in a continued effort to become a presence.

They will admit to churning out a dud or two in their time but they have a renewed confidence that this is unlikely to happen again. The Proton Preve for instance, a new small sedan, is a model that they have some very high hopes for.

When the Preve was first announced, many believed that it was overpriced. In fairness to Proton they eventually agreed and lowered the price of the good looking little 5-speed manual four door GX to a more favorable price tag of $15,990 whilst the six-step CVT can be driven away for $2,000 more.

The Preve is a brand new model but the Campro 1.6-litre engine under the hood is something they have had for quite some time now. It is expected that an upgrade with direct injection and/or forced injection is just around the corner as well.

The Proton Preve has to be considered the best looking Proton they have ever produced. The exterior offers up some strong and sharp styling that has not been borrowed from anything else out there right now. It is let down by the interior however, as it all just seems a little too genetic both in how it looks and in how it functions.

Another strong point about the new Proton Preve is the amount of features that it has. Proton has certainly been very generous in this area with the likes of Bluetooth phone and audio, air conditioning, remote central locking, a good sound, parking sensors and multi wheel controls. It also comes with 16 inch alloys and has a massive boot.

The proton Preve scores high here too with a five star crash rating. It also comes with a five year warranty and also roadside assist and capped price servicing for the same period of time. This alone should make the Preve a consideration for small families that are looking for something to fit their lower end budget.

There is a high level of ride comfort in the Preve and there is very little noise or vibration but performance wise it is nothing to write home about. It suffers at low revs with torque so it can sometimes take a few revs to really get it going. That aside, it runs quite nicely without setting off any fireworks.

The proton Preve has been designed and built very well but it does flatter to deceive on performance. It has plenty of features and is definitely worth a look at its price compared to its competitors. Essentially the Preve is a great looking small car that has been loaded with features – all at a budget price.