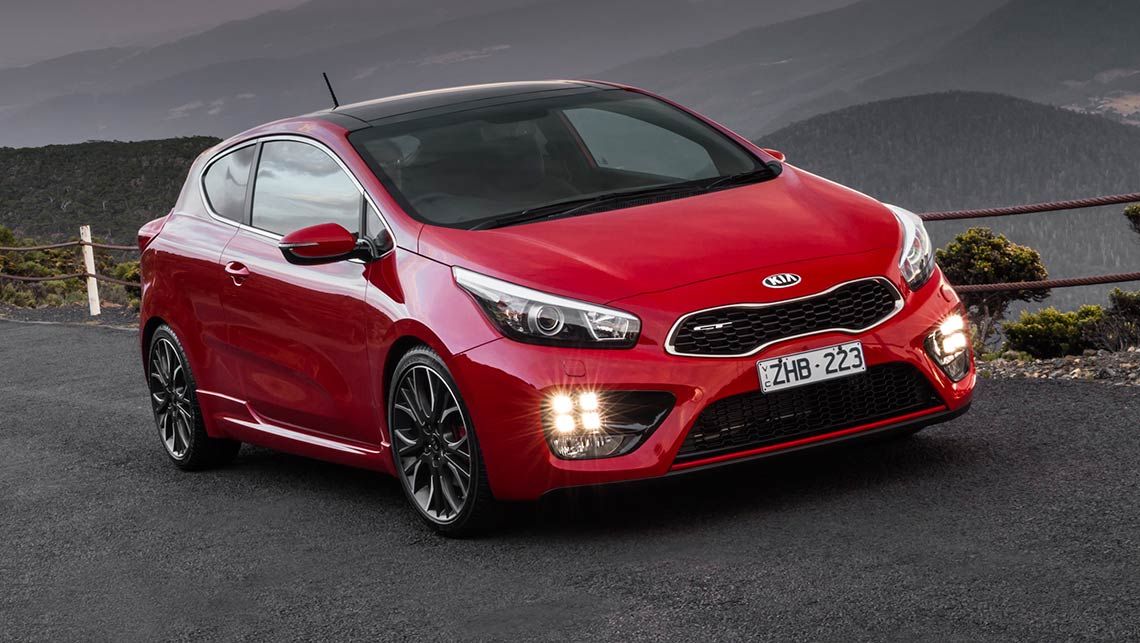 The 2014 Kia Proceed (otherwise known as Pro-Ceed in Korea) has now confirmed that Kia is a real match for any of their European rivals. The immensely fun Proceed hatchback has in many opinions now cemented Kia’s place as a major carmaker.

In days gone past Kia has always had an image of being cheap and cheerful, yet with the Proceed they have now successfully dropped that image and instead ooze real build quality and style.

Take a look at what make the Proceed one of the hottest hatches on the market this year.

We suggest that you purchase the base model, simply because of the value for money you are getting.

The standard base model of the Kia Proceed is set at $29,990 and will give you a good selection of features. There is dual-zone air conditioning, comfortable Recaro seats, a handy reversing camera, cruise control, heated side mirrors and Bluetooth.

Prices then range right up to the top spec GT model which is priced at $34,490. For the extra you are only getting a panoramic sunroof, tinted glass in the rear window, a luggage net and some HID headlights. To put it in perspective, for that money you could buy a Renault Clio Sport Trophy which offers better performance and has dual-clutch automatic transmission.

There is both good and bad news with the Proceed Gt with both being centred around the car being developed for European markets. There is unfortunately no automatic transmission but instead a six speed manual. On the flip side though, it uses multi-link suspension rather than that of the usual torsion beam type commonly found in this class of car.

In the cockpit is a real quality binnacle TFT display that allows you to switch between the traditional looking speedo to one that is completely digital and modern looking. That quality has not found its way to the centre console however, with the audio and air conditioning being controlled by a monochrome display.

When it comes to the looks of the car, the front end will certainly be the stand out feature. There is a rather cool look pack of four lights for use during the daytime sat slightly above the fog lights that give the car a sporty look.

The car is fitted with two-tone 18 inch alloys that really go well with the wedge shape of the car, whilst the rear is identifiable mainly due to the reversing lights being placed so low on the bumper.

The interior of the car is very smart looking with it all being in black and just having a few of red stitching and some chrome finishes. The car has enough room to sit two large adult in the rear and has cargo space of around 380 litres. 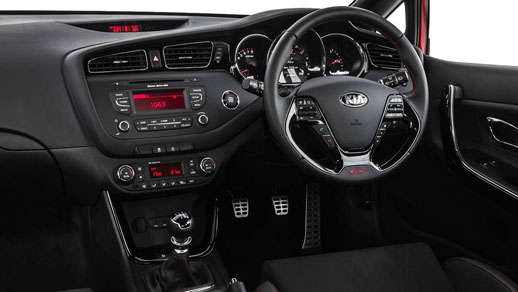 The Proceed comes equipped with six airbags and has plenty of reminders to wear the seatbelts. It did score a five star rating with Euro NCAP for safety though its weakest test was with an impact to the side.

The Kia Proceed manages to hit 100km/h in 7.7 seconds which will never have it competing with the likes of the Renaut Clio RS which gets there a second quicker. The Proceed however, is more suited to the corners and you will certainly have fun as you navigate them at speed.

Get yourself on a windy back road and you will quickly see the appeal of the Kia Proceed. The is no real understeer unless you are going at top speeds and there is only really oversteer if you attempt to lift off the throttle during the middle of a corner.

The multi-linked suspension we mentioned earlier allows the car to offer up barely any resistance when traveling over old and degraded roads and it just feels like it sticks to the road superbly no matter the amount of bumps on it. 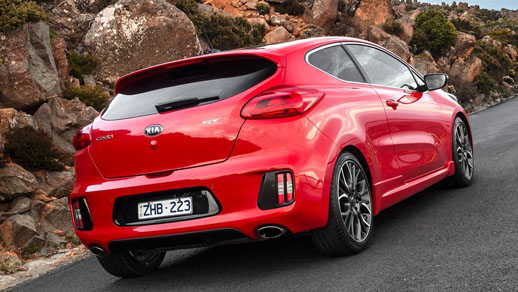 Seeing out of the rear is pretty difficult but you do have the use of reversing camera to enable you to park without trouble. The seats in both the front and rear are both supportive and comfortable enough for long drives and there is plenty of space to move around in the back.

Again, the manual transmission is going to be a turn off for some but there has been rumours that an automatic is on its way.

We have to say that Kia got their first effort on the Proceed pretty much spot on. The handling puts it right up with the very best hatchbacks out there right now but it can easily crossover to be more than just a fun hatch and somewhat of a family car too.