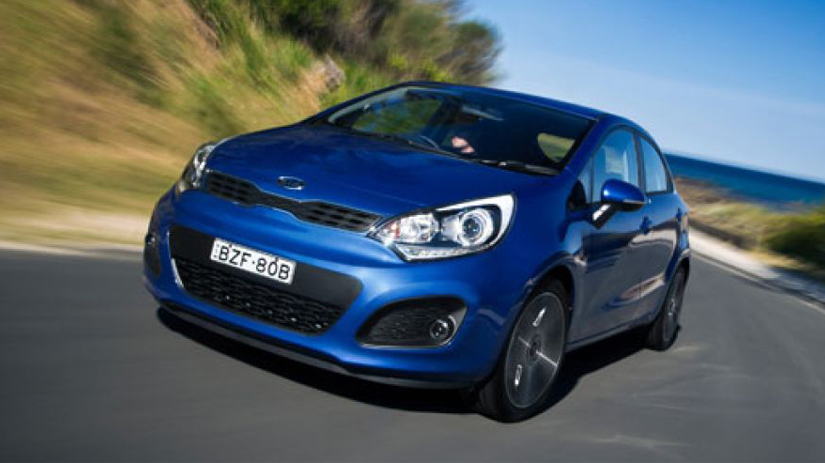 The hatchback market is an incredibly competitive one these days, so any car manufacturer that is going to enter it will have to ensure they have a package that standouts one way or another against the rest. Kia have certainly done that with the Kia Rio SLi which is their cheapest hatchback but one that offers plenty of punch within its small frame.

The Rio SLi comes with the choice of a 1.4 or 1.6 engine and a wealth of features that really does set it apart from its closest competitors.

A Rio SLi can be picked up for as little as $15,290 for its three door version and as much as $21,990 for the top end five door model. This pricing is extremely competitive against its competitors but it is not the performance that is the main reason for this but its massive range of features that come as part of the package.

The likes of the Mazda2, Toyota Yaris, Holden Barina and even the Ford Fiesta can compete performance wise but none offer the same standard features as that of the Rio.

This engine churns out about 100km for every 6 litres of unleaded and is about as green as you can get after being awarded 5 stars from the Green Vehicle Guide.

This is where the Rio excels, offering a wide range of features that make it well worth the money. For safety there are six airbags and electronic stability control but for the additional extras you get Bluetooth, stereo system that has USB and iPOD connectivity, cruise control, auto light control, and daytime running lamps among many others.

The Rio’s styling might be starting to look a bit dated but it still offers the sort of cuteness that makes a hatchback standout. As for the interior, it is deceptively spacey for what is classed as a small hatchback. It is also comfortable with some nicely sized seats and plenty of leg room.

On the road it feels satisfactory and does offer a little oomph, though it feels like it is holding back quite a bit. All in all a good ride though and one that provides good bang for buck.

The Kia Rio SLi took on a very competitive market and has more than done itself justice. Nicely priced and provides what you would expect for your money and a whole lot more on top. Ideal for young families and young students alike, the SLi is well worth the investment.