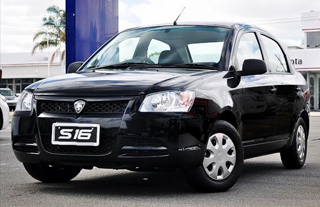 The Malaysian automaker is unique when it comes to design as they go to great lengths that their Proton vehicles are durable and long lasting. Just look at the latest Proton S16. This model looks stronger than its Korean counterparts and when it comes to the exterior part, you can see that it looks as tough as the old European cars back in the 1960’s.

The good news with Proton cars is that all their cars are also reasonably-priced and when it comes to spare parts, S16 parts for sale can be bought easily. Just fill out the form below. New Model Wreckers is the first Proton S16 Wrecker in Sydney, and we have been established for more than twenty years. Since the car itself is affordable, the proton S16 parts are also within your means. We offer cheap S16 spare parts as well as auto parts for a large variety of other models. With over 300 different models in stock at any time you can rest assured that we have what you are looking for.

We are looking forward to hearing from you.