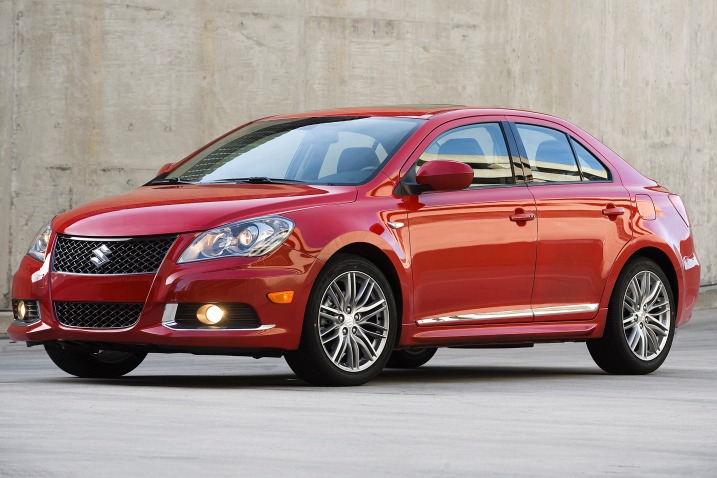 Suzuki always seems to be fighting a losing battle in Australia, always seen in contempt simply because of their name not being fashionable enough. However nobody could ever accuse them of not having courage, especially after attempting to enter the vastly competitive mid-sized car market with their Kizashi Sport.

Their main competitors include the Subaru Liberty, Volkswagon Jetta, Hyundai i45 and the Mazda 6 but it’s the Kia Optima SLi that we will directly compare the Kizashi Sport against.

When it was released in late 2012, the Kizashi Sport was actually the most expensive car in the Suzuki range at $39,999. This was initially put down to the fact that it was AWD and packed with other features such as touch-screen navigation, climate control and electric front seats, yet when you consider that the only one of those features that the Kia Optima at $34,999 did not have was AWD, you would have to feel that the price is a little on the steep side.

The Suzuki Kizashi Sport comes out behind the Optima in this battle too. It might have a wireless smart key and some shift panels but the Optima just about edges it with a bigger touch-screen panel and 7-speaker stereo system that whacks out a whopping 530 watts.

Unfortunately the Kizashi Sport loses out once again as the Optima provides more boot space, has a larger fuel tank and is said to have a smaller turning circle. One thing that the Kizashi Sport does have over its rival is that of a driver’s knee airbag.

At last a category where the Kizashi Sport just about edges out a victory, though not really by much. The Kizashi offers up far more grip than its rival and just feels sportier despite the Optima probably being the one to come out on top in a straight line drag race. That extra grip and the planted feel the Kizashi has, has to be down to the suspension being fitted far lower than any other car of this type.

It has to be said that the Kizashi Sport looks better aesthetically and provides a better driving experience but those are the only two areas where it comes out on top against the lower priced Kia Optima that also provides better performance. If you value looks over anything else, you might be tempted by the Kizashi but if you value just about everything else about a car, the Optima has to be the one for you.

Either way, the contest between the two was actually very close but you have to say that for $5,000 less the Optima is always going to come out top.