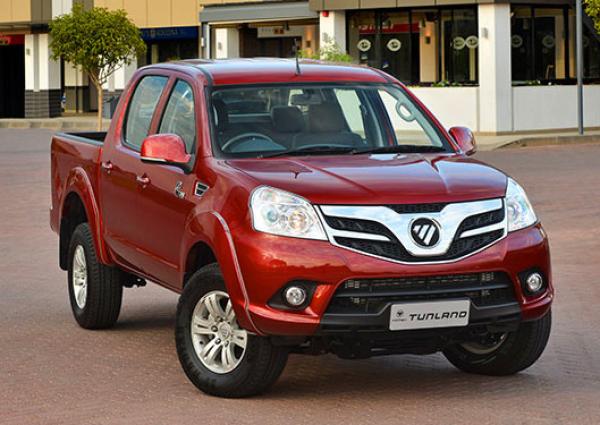 Easily one of the most cutthroat markets in the Australian automobile industry is that of the dual-cab ute market. This is especially the case for the lesser known car manufacturers and their models such as Foton’s Tunland.

In the past, the Chinese made Foton Tunland range was seen to be a bit on the expensive side to really compete against the other budget type brands in Australia but a rethink on the lineup within the range is said to offer up stronger competitiveness within the market.

Whilst this is certainly an improvement on the prices offered before which were closer to some of the mainstream models of the more prominent brands than that of their fellow budget producing rivals, the Tunland still ranks as one of the more expensive budget ranges.

This puts it among the most expensive of the budget brands but at least it is a bit further behind the mainstream models such as the Ford Ranger, Volkswagon Amarok and Mitsubishi Triton that all start out around the $42,000 mark.

Is $12k Savings Enough to Make the Tunland a Realistic Option? 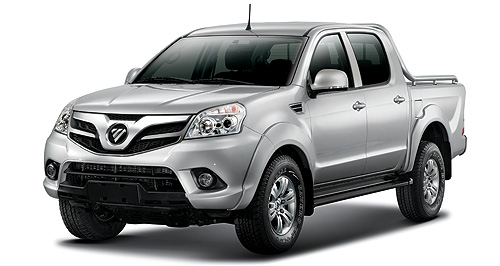 This is the big question isn’t it? Does it offer enough alongside its cheaper price to perhaps tempt customers to making that saving and plumping for this model?

The best place to start would be the inside!

The insides is actually quite impressive, even compared to some of the more established big name utes on the market. There is leather trim on both the seats and steering wheel, there is ample space for both driver and passengers and there is plenty of storage options within the cabin

A let down is with the features found inside such as the CD/radio stereo system which is pretty basic and a basic Bluetooth system that has some pretty poor audio quality.

To be honest, the major drawback with the Foton Tunland is safety. The back seat only has a lap seatbelt for the person sitting in the middle and it is impossible to use child restraints, making it not very safe for your children. Even in the front there are no side airbags and none of the Tunland range has stability control. It really is no wonder then, that the Tunland only managed to score three stars when tested for safety by ANCAP.

The Foton Tunland comes with a 2.8-litre turbo diesel produced by Cummings, a US company that usually produces engines for trucks, buses and haulers rather than cars. They do have a strong reputation for making strong engines and this one for the Tunland is only available with a 5-speed manual gearbox.

The engine delivers 120kW of power and at a decent 3600rpm and provides its best torque of 360Nm between 1800 and 3000rpm. That level of torque is important as that is when the Tunland is at its best with regards to pulling power. Anything below 1800rpm though and you will have problems climbing hills when in a high gear.

As for the towing capacity on the Tunland, it is not going to be sufficient for any of you that want to be towing huge loads. Its towing capacity is a meager 2500kg which is more than 1000kg less than soe of the more prominent models on the market.

Despite this, the engine is a solid one and should give you good levels of reliability over the years. It is also quite frugal too, eating just 8.3 litres across 100km.

No dual-cab utes are renowned for having plush ride comfort but the Tunland does a pretty good job of providing a fairly smooth and comfortable driving experience. It handles high speed bumps pretty well and actually has some good maneuverability. Its steering is surprisingly quick when you consider the length of the vehicle and gets around town very well despite its size and weight.

The Foton Tunland is certainly the best Chinese built ute on the market but that is hardly saying much considering its competition. It is most definitely a sufficient workhorse that has a god engine and drives very well but its poor safety features and low resale value (estimated to be worth just 41% of its original price once 40,000k has been reached) are what might be the things that turn potential customers away.