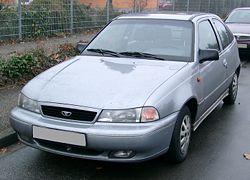 If you think Daewoo Cielo is a fresh looking car, you are not alone because a lot of auto lovers think the same way. The truth is that the Daewoo made an extensive upgrade of their previous model and came out with Daewoo Cielo 1995-1997 model. The Daewoo Cielo parts have been strengthened and when it comes to pricing, there is no doubt that the Daewoo Cielo are all more affordable compared to other small car manufacturers.

At New Model Wreckers, you can buy Daewoo Cielo spare parts at great prices. Simply get in touch via the form below or give us a call and we would be delighted to assist.