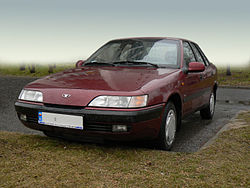 Considered as the second successful Korean automaker to have a name in the Australian auto marketplace, Daewoo’s Espero was the first Daewoo car that gained large popularity back in 1995 when it was presented in the market.

The Espero parts used for this particular Daewoo model are high quality materials designed to perform well. Compared to other cars that are made with costly auto parts, the Espero parts are of the same quality but with a cheaper price.

You can buy Espero  parts at New Model Wreckers as we have a large range of used Espero spare parts for sale. We are quality Espero Wreckers you can feel secure that you are purchasing from a reputable used Espero parts supplier