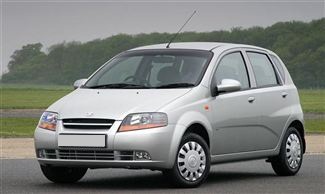 Replacing Daewoo Lanos which was Daewoo’s previous best player, The Daewoo Kalos model offers more loading space and a better interior. It possesses noticeable improvements such as smooth and better performance; it is in fact more comfortable than the Daewoo Lanos. Daewoo Kalos parts are also obviously stronger than the now outdated Daewoo Lanos.

New Model Wreckers have a big collection of all Daewoo Kalos parts for sale. We are easy to contact, you just have to provide us with your car details and we will proceed with your requests. You can fill out the form below or give us a call if you need to buy Kalos parts.

New Model Wreckers is the one stop shop for all used Daewoo Kalos parts. We are a reputable Daewoo Kalos wrecker and parts supplier in Australia.